Bangalore has the pleasure of organizing the International WheelChair and Amputee Sports World Games 2009 and Mars Adventures has the pleasure of delivering a thrilling rappelling performance at the Opening ceremony of the games on 24th Nov 2009(Tuesday).

Kanteerava Stadium is the host of the games. 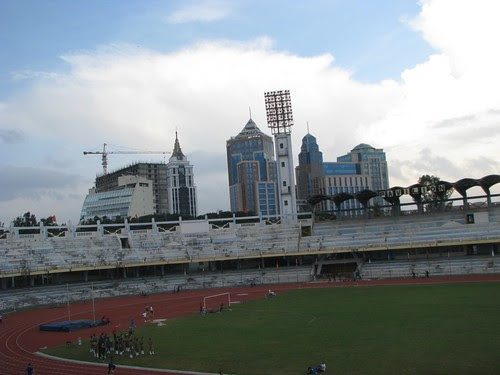 Mars Adventures is performing a rappelling event at the opening ceremony which involves a rappel from the roof of the stadium to the chief guest dais and handing over the bouquet to the chief guests, Mr. B.S. Yeddyurappa and Mr H.D. Deve Gowda.

Nishanth and Divya are the brave performers. 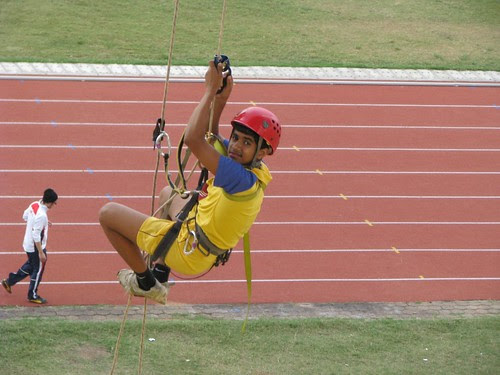 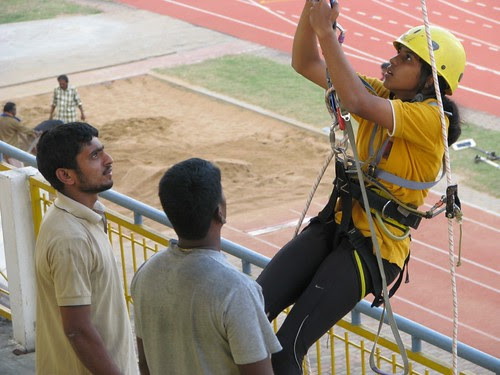 Nishanth and Divya practicing for the event. 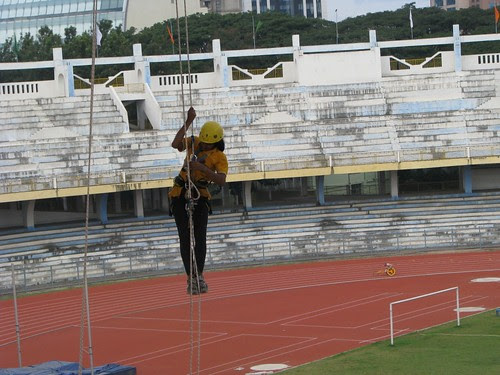 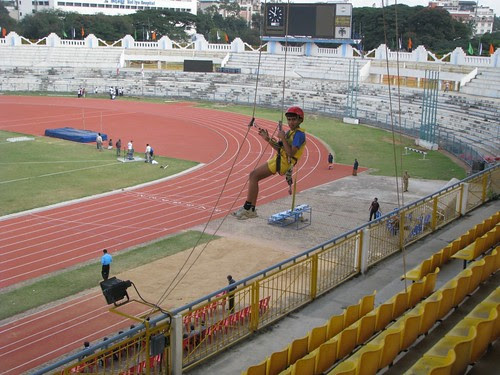 Catch the Martian Performance at the Kanteerava Stadium or live at DD1 between 6PM to 6:30PM on 24th Nov 2009(Tuesday). 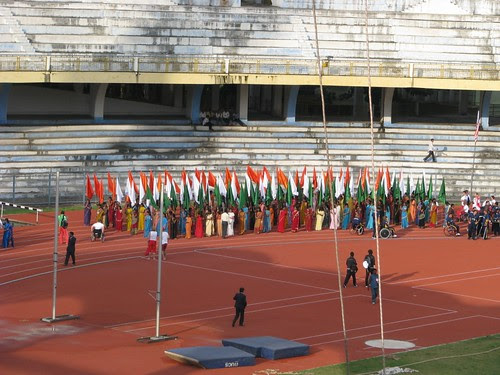 Nishanth and Divya ready for the event at a height of almost 80feets. 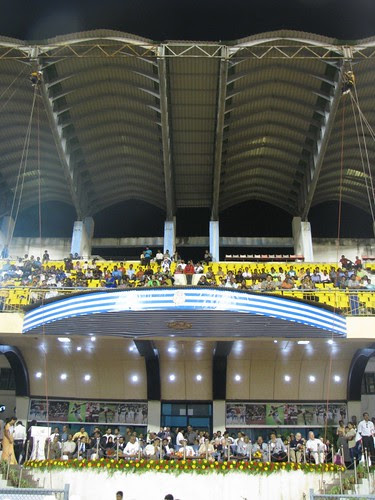 Finally, after a waiting period of 1 hour they got their chance to come down… 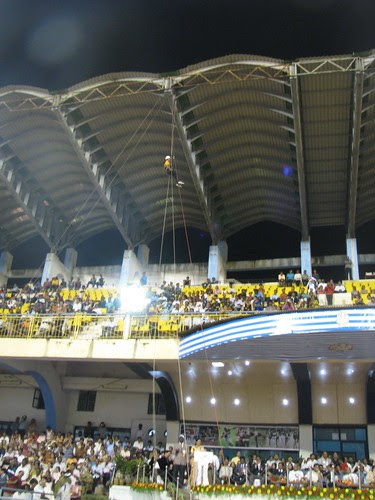 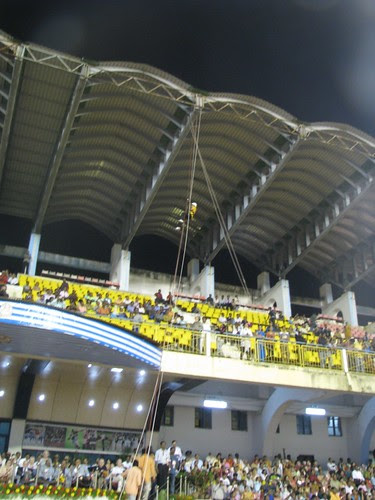 Both of them in synchronization 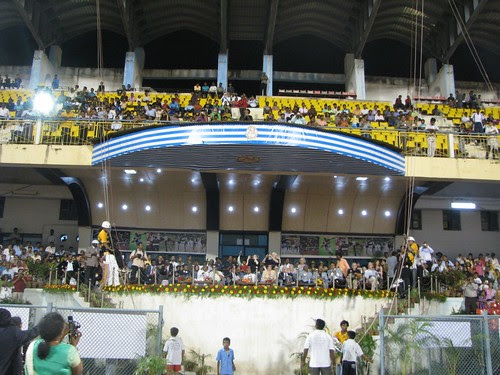 And concluding the performance by handing over the bouquet to the chief guest. 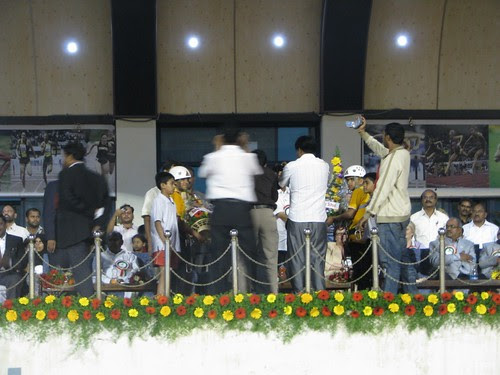 Well Done…
Posted by marsadventures at 8:00 PM No comments:

Man’s creation has no limits. 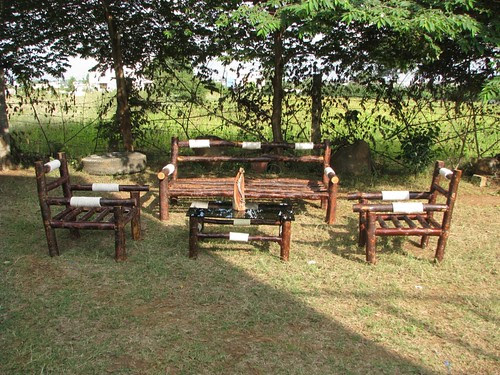 This is what you get when you want to stay close to nature and be creative at the same time!!! 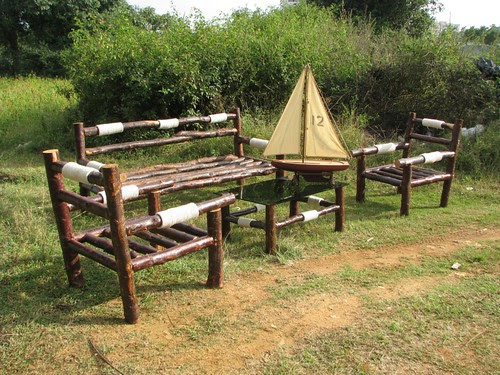 Classic outdoor furniture made of Casuarinas wood. The strong casuarinas wood has given the furniture an extraordinary degree of strength and sturdiness. The furniture is ideal for an outdoor place/lawn and is maintenance free. 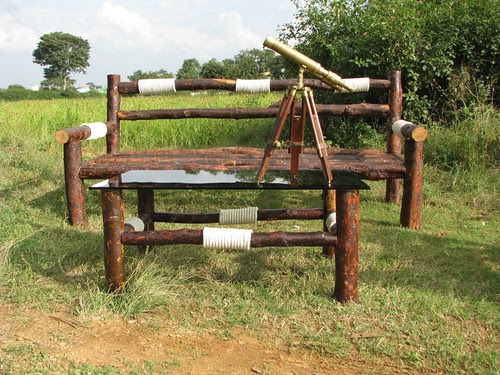 Well, it can act as a standalone table as well. 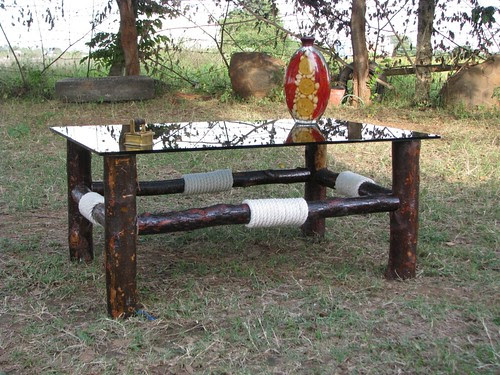 A furniture to sit on and enjoy the sun & the gentle breeze.....(only if rain god permits!!!)
Posted by marsadventures at 8:48 PM 4 comments: