What do these logs of wood suggest? The Tree Top House is made up of Casuarinas wood. The construction of the house was split in two parts, first creating the frame at the Mars Campsite and then assembling and erecting it, at the final place.

Ground work for the Tree Top House, at the campsite. 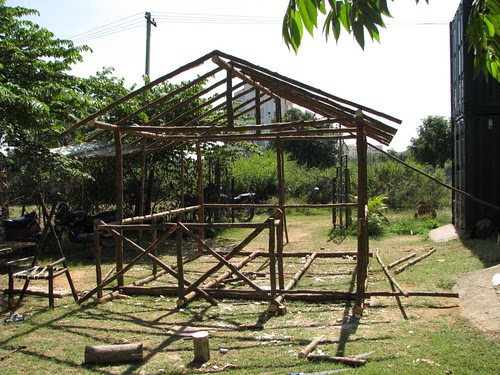 The Tree Top House has been erected in the spacious backyard of the house. The frame being assembled. 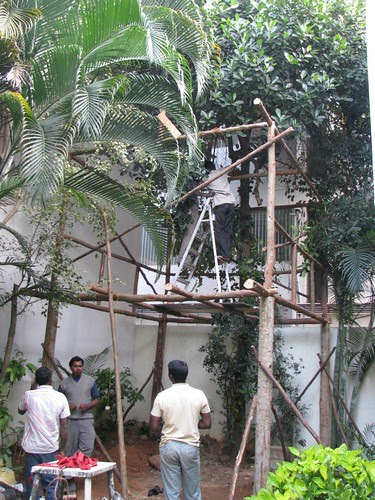 If you are interested in dimensions, then you would be amazed to read that the floor area measures 12ft x 14ft, that is more than enough for a Double bed, Sofa set and other luxuries. But, don’t turn the Tree Top House into a bedroom, let it be the place where you feel being part of nature.

It has a never-before-seen flooring. The flooring work in progress. 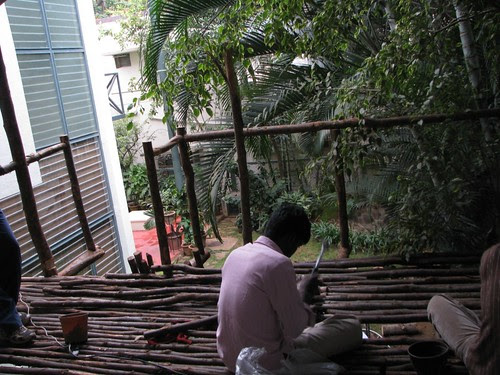 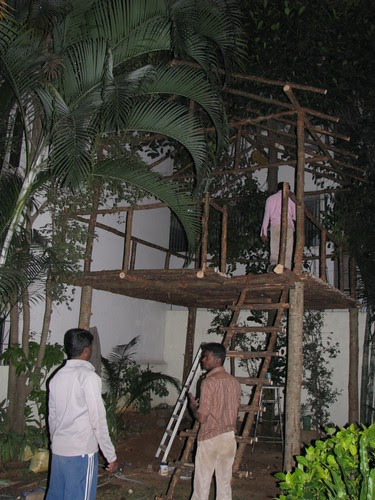 The roof of the Tree Top House is rain proof, now you where to sip hot tea and eat spicy pakoras, isn’t it? 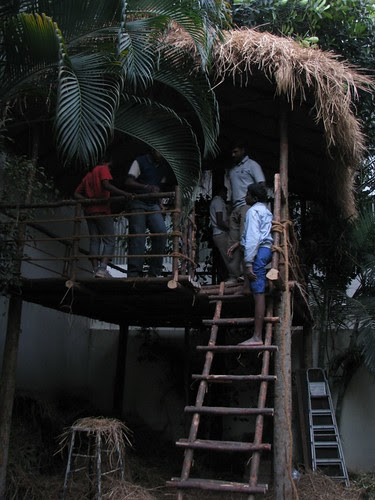 The Tree Top house can easily take load of up to 8 adults.

Now, Behold for the finished version of Tree Top House!!! 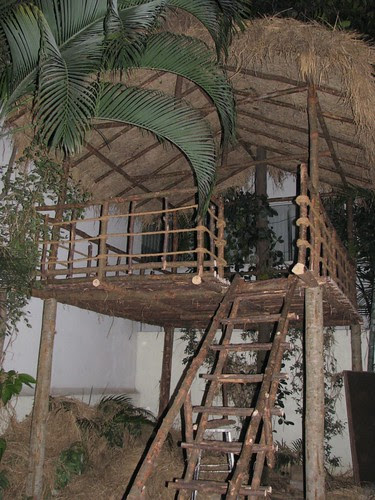 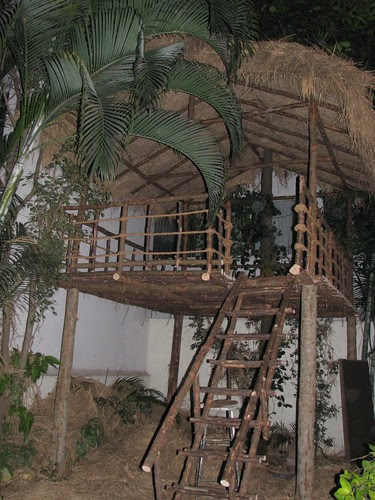 The interiors work is still in progress. Kamesh has some marvelous ideas for the interiors as well. Well, I can the see place being used in immense number of ways in future. Few being, a hangout place for kids, casual party place and place to do lots and lots of chit-chat for the ladies!!!!!!!!!
Posted by marsadventures at 10:03 PM 1 comment:

It was a pure pleasure to watch these superstars climb.

First of all, the wall at Ooty. 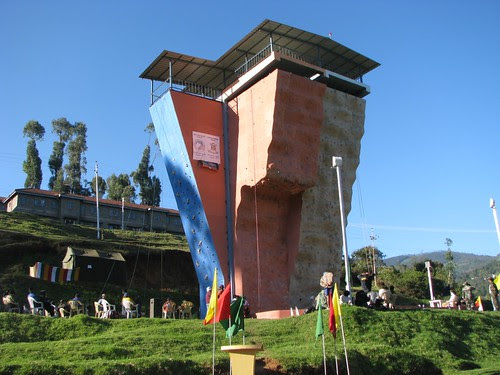 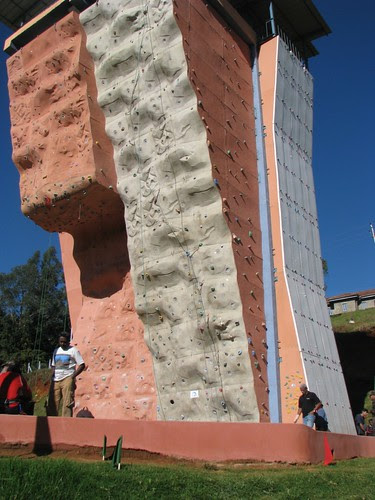 The wall has 2 faces for difficulty climbing and one face each for speed and ice climbing. Ice climbing face is the white one, don’t be confused be the real ice on the wall, it is a synthetic material which simulates ice behaviour. 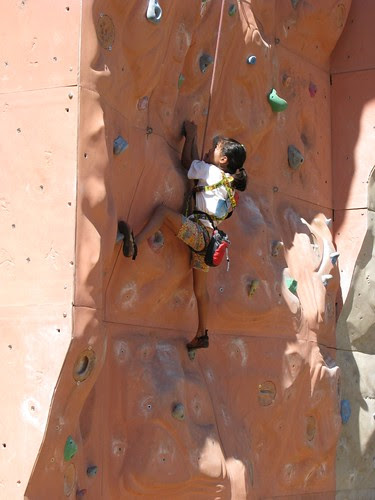 Let’s start with the youngest climber at the Competition, Isha, aged 7. She is by far the best climber with not-to-give-up attitude. 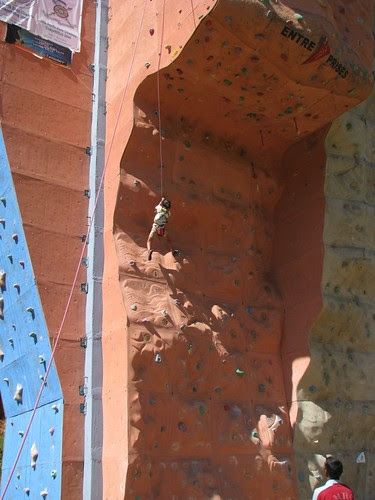 Crossing the roof for sub-Juniors was indeed tricky. 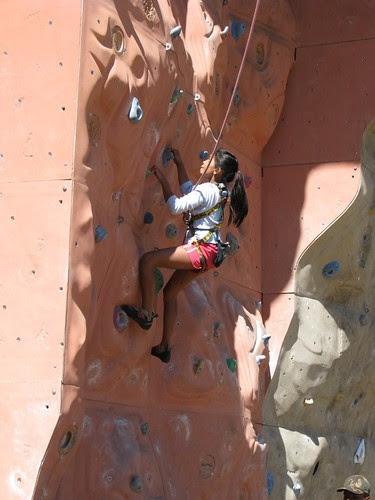 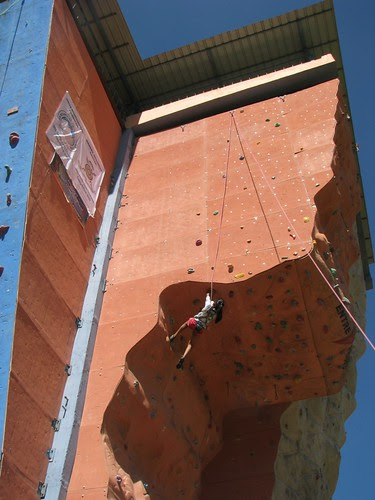 Anya, at the roof. Anil, in the Men’s category along with the Isha and Anya make a full climbing family. 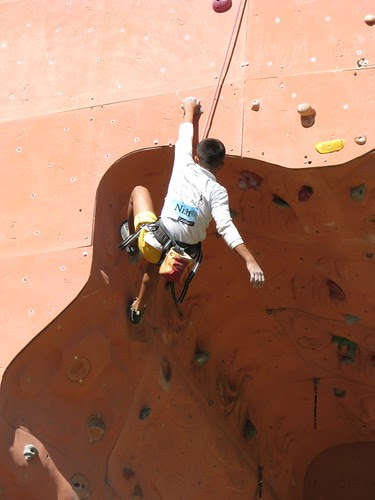 Our Sub-Junior Rock Star, Nishanth. There is no route which is not possible for him. He secured first place in Sub-Junior boy’s category, sharing the prize with Bharath, another prodigal climber. 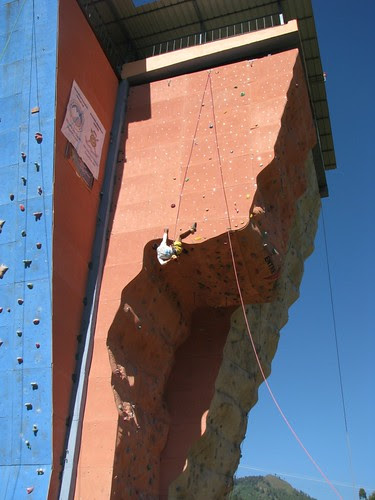 Nishanth at the roof. 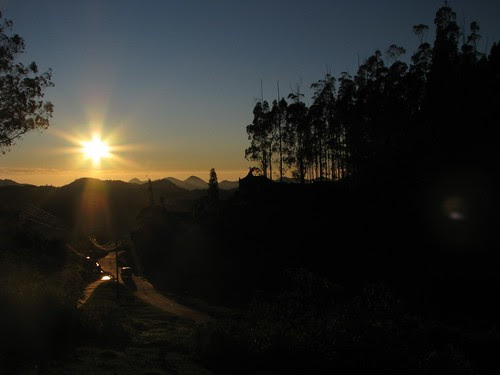 A stunning morning at MRC. 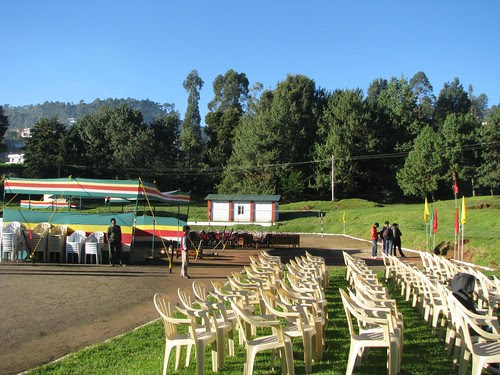 The weather was perfect for the event, with clear sky and the bright sun, a very inviting prospect for the climbers. But some of the events held in the late evening were just ridiculous, when climbers had to climb on wet holds and dripping mist. This is not the way to test a climber’s potential.


I guess, this was the first time in India that a movable hold was used in Climbing competition. Ladies and Gentlemen, welcome the Bell Hold!!!!!!!! 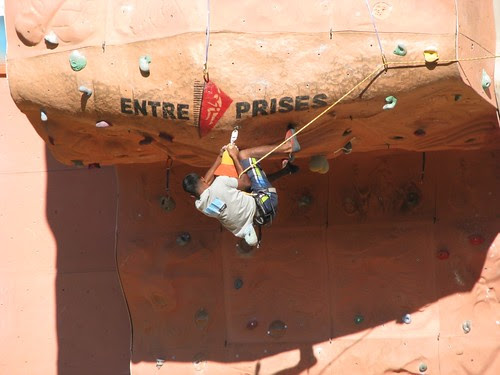 It was placed right at centre of the roof, there was no way to cross the roof without using the bell hold. Only very few climbers could get the best of the hold. The bell handling more or less decided the Men’s difficulty category results. 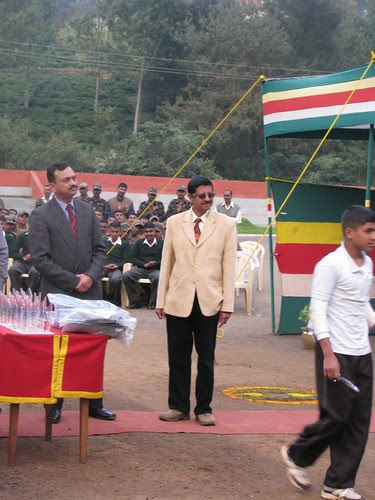 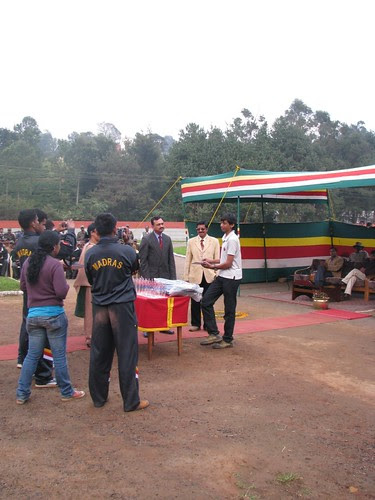 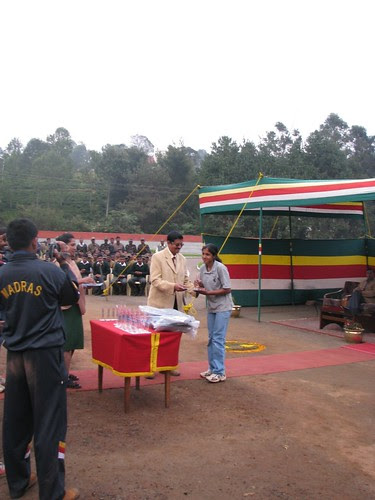 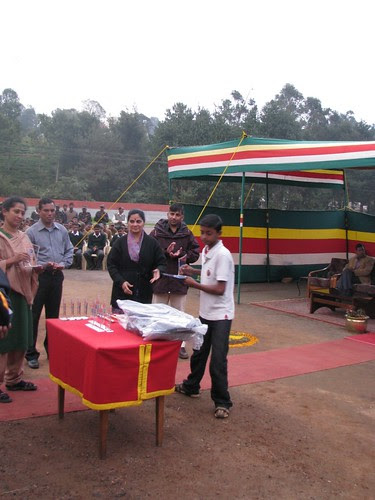 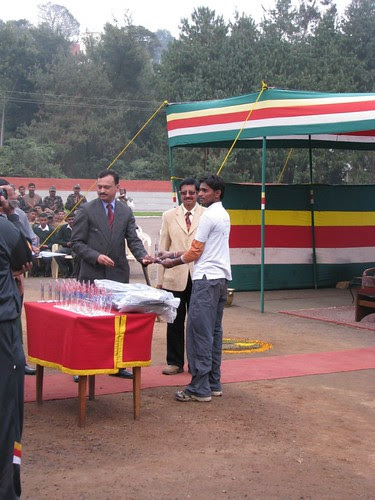 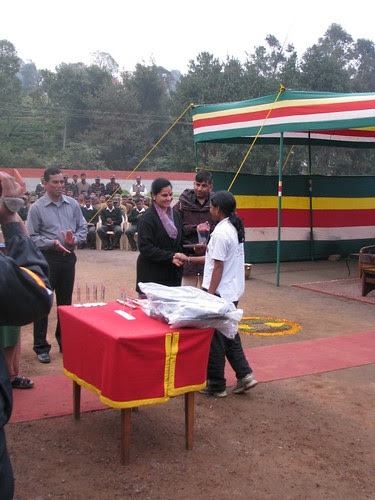 Kala: Second in Lead, Second in Speed and Third in Bouldering in Women’s category. 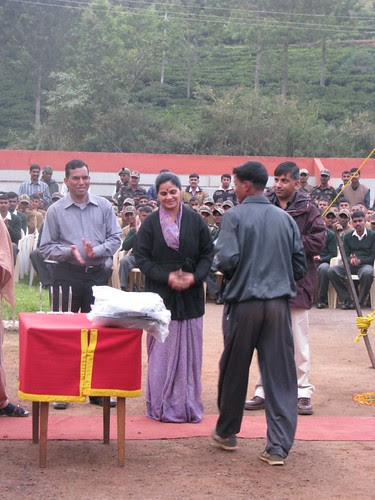 Speedster from MRC, no one even came close to Arunbaby on Men’s speed. All three places in Men’s speed were well deservedly secured by MRC folks. There are some really amazing climbers from MRC. With only 4 months of training, MRC secured 3 speed places and 1 bouldering place, that is very remarkable as compared to other Men's category participants which have been climbing for many years now. Hats off to MRC. 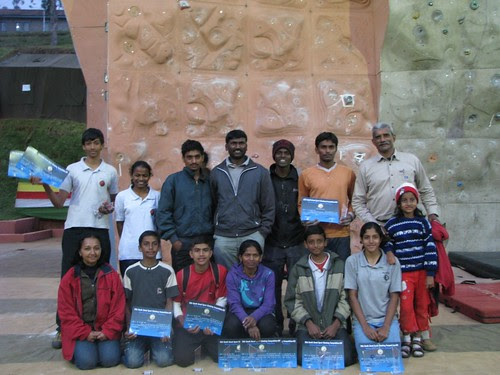 Mars Team at MRC, some of the members are missing as they had left early. All in all, a very good performance by Martians. Now they are all geared up for the National Climbing Competition to be held in Gwalior in last week of Jan 2010. 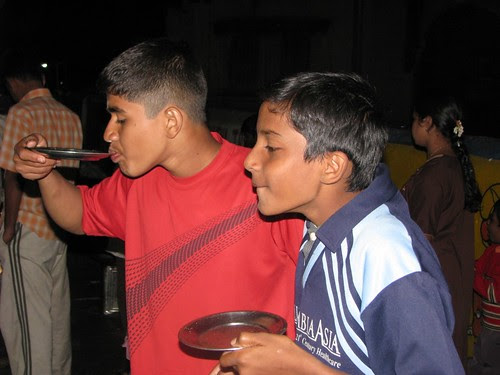 Nishant and Swaroop having fun time at Mysore.
Posted by marsadventures at 10:10 PM 4 comments: