This year's South Zone Sports Climbing Competition was conducted in Bangalore at the Artificial Climbing Wall located in Kanteerava Stadium on 23rd and 24th of Oct 2010. Needless to say it was an amazing spectacle. It was an opportunity to see the climbing skills of some of the best climbers from the South Zone.

In the realm of sports climbing, time is limited, whether it is difficulty climb(5mins) or speed climb(hardly 10-15secs). This time limit brings out the best from the climbers, be it the planning of the route or the swift moves. 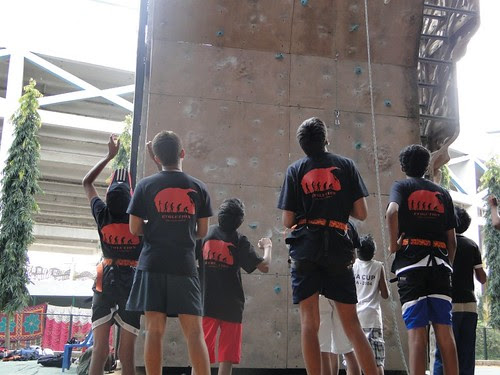 
This year's competition had only Lead and Speed climbs for Seniors(aged above 16), Juniors(aged between 13 and 16) and Sub-Juniors(aged below 13) categories. Sadly no bouldering for this year. 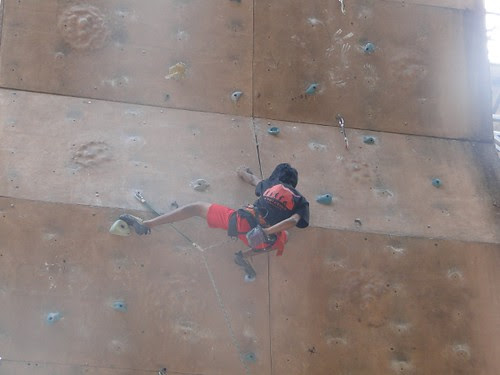 Nakul on his lead climb


More than 120 climbers from Karnataka, Tamilnadu, Kerala and Andhra Pradesh participated in the competition. A descent number, which needs to grow many many times more in the upcoming years. Well, it was good to see climbers from Tamilnadu and Kerala, keeping in mind the fact that Karnataka has been the bastion of sports climbing in South Zone, or rather in whole of India.

South Zone has been winning the coveted National Sports Climbing Trophy for more than last 7 years. Bangalore climbers have proved it every year. 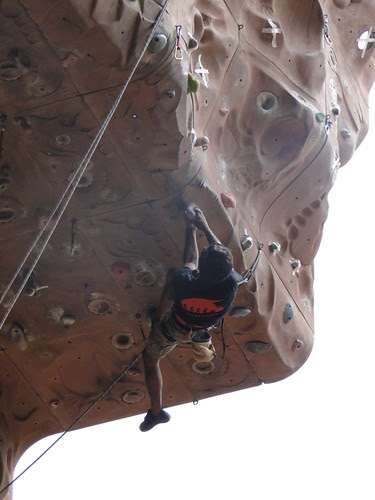 Sunil on his lead climb


Coming back to this years competition, there was excellent display of climbing from Mars Adventures Climbers. 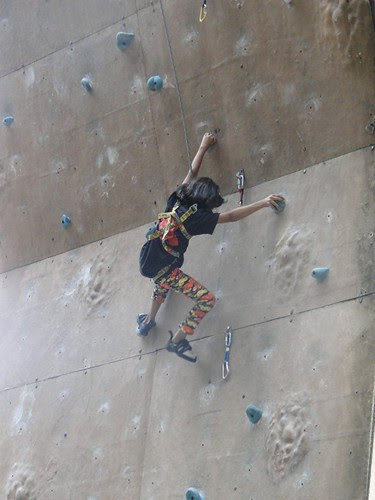 Isha on her Top Rope climb 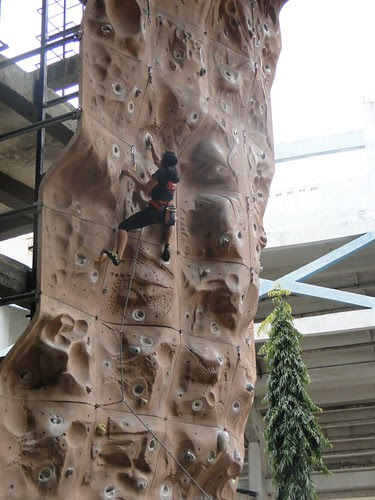 Divya on her lead climb 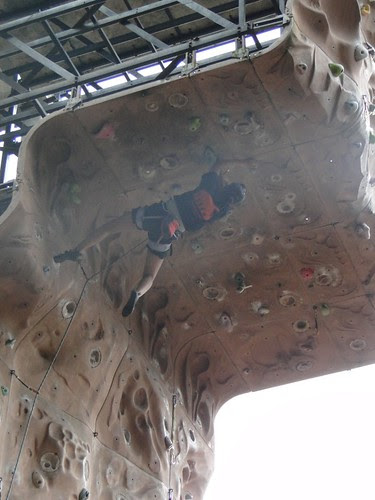 Aakriti on the Roof section of her lead climb Uthkarsh on his lead climb 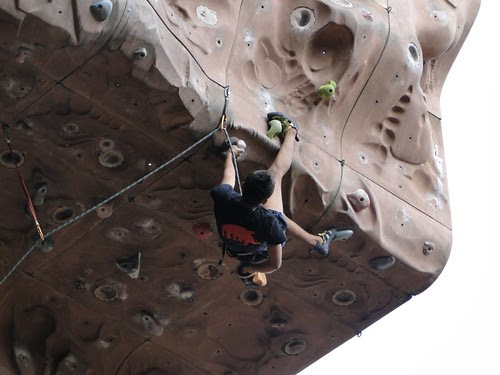 Flawless climb of Nishanth Patel was the start attraction of the Junior Boys Lead Category. 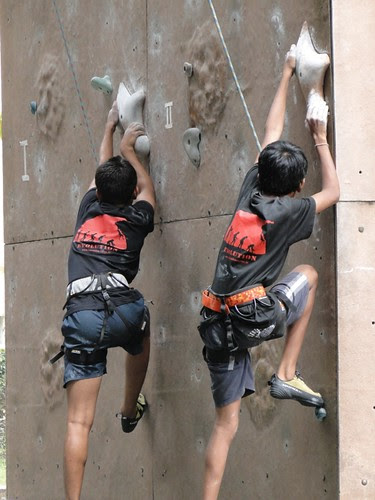 Nishath and Nakul on their speed climb 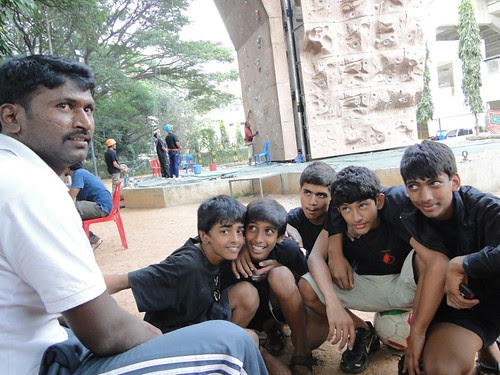 Kids getting a lesson from the Coach 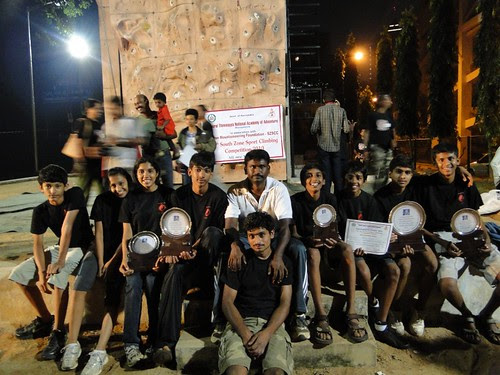 An excellent performance by team Mars, with Nishanth, Uthkarsh, Swaroop and Divya being selected for the 16th National Sports Climbing Competition to be held on a new wall in New Delhi on 9th, 10th and 11th of Nov 2010.

GETHNA, the administrative body for sports climbing in Karnataka made some welcome announcements.
A new speed wall to be ready by next year end
A new covering roof for the existing wall
Platform up-gradation of the existing wall structure

Well, now its time for GETHNA to perform on the wall as well!!!

P.S. None of the final routes were completed, that's shameful. We definitely need better climbers, come on guys, you can do much better than that !!!
Posted by marsadventures at 10:15 PM 4 comments: